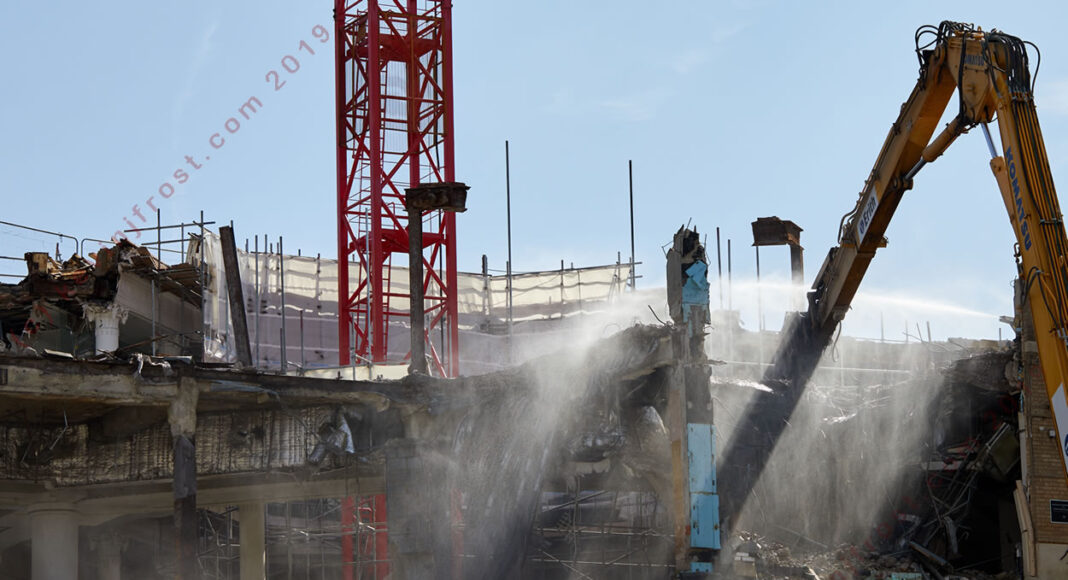 On a sunny late August day we visited the former Whiteleys shopping centre in Bayswater, which shut in December 2018 for a complete redevelopment. The centre, which opened in July 1989, is currently in the process of being demolished as can be seen in these images.

The original Whiteleys department store dates back to 1863 when William Whiteley started a drapery shop at 31 Westbourne Grove. By 1867 it had expanded to a row of shops containing 17 separate departments.