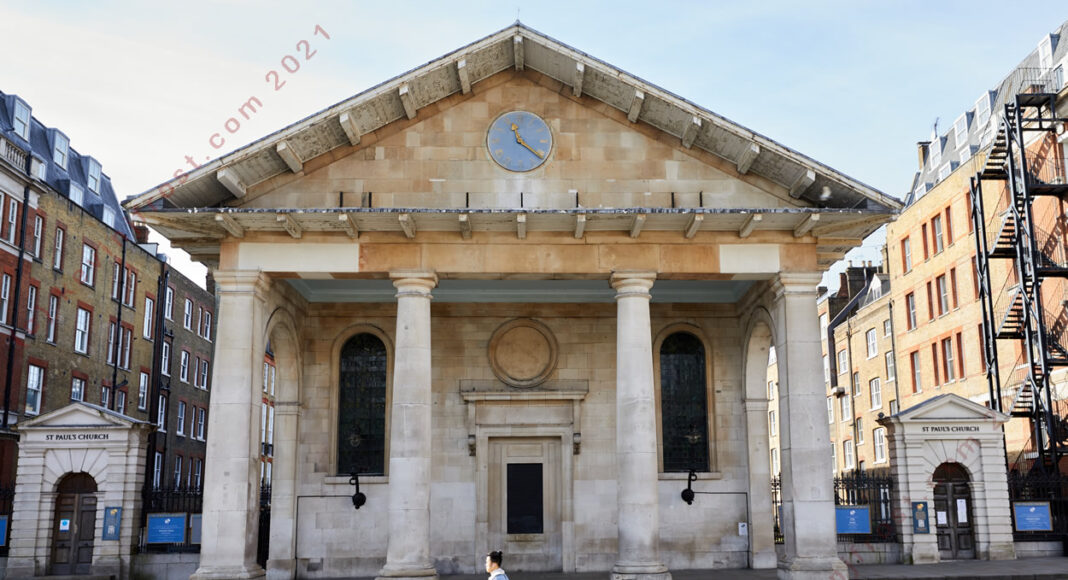 The images on this page are of the facade of the east face of St. Paul’s Church and the area in front of it. Normally this space throngs with tourists and visitors watching buskers and street performers who use the church portico and area in front as their stage. The diarist Samuel Pepys is said to have watched the first recorded puppet show here, writing in his diary:

Thence with Mr. Salisbury, who I met there, into Covent Garden to an alehouse, to see a picture that hangs there, which is offered for 20s., and I offered fourteen — but it is worth much more money — but did not buy it, I having no mind to break my oath. Thence to see an Italian puppet play that is within the rayles there, which is very pretty, the best that ever I saw, and great resort of gallants

St. Paul’s Church was designed by the architect Inigo Jones as part of the construction London’s first formal square at Covent Garden on land owned by Francis Russell, 4th Earl of Bedford. It was completed in 1633. Although it appears to be an entrance to the church, this side was never allowed to be a route in for worshippers as Christian tradition dictated that the east end of the church is where the altar should stand. Church authorities refused Inigo Jones’s wish to have an altar at the western end and as a result the door you see is actually a false one.