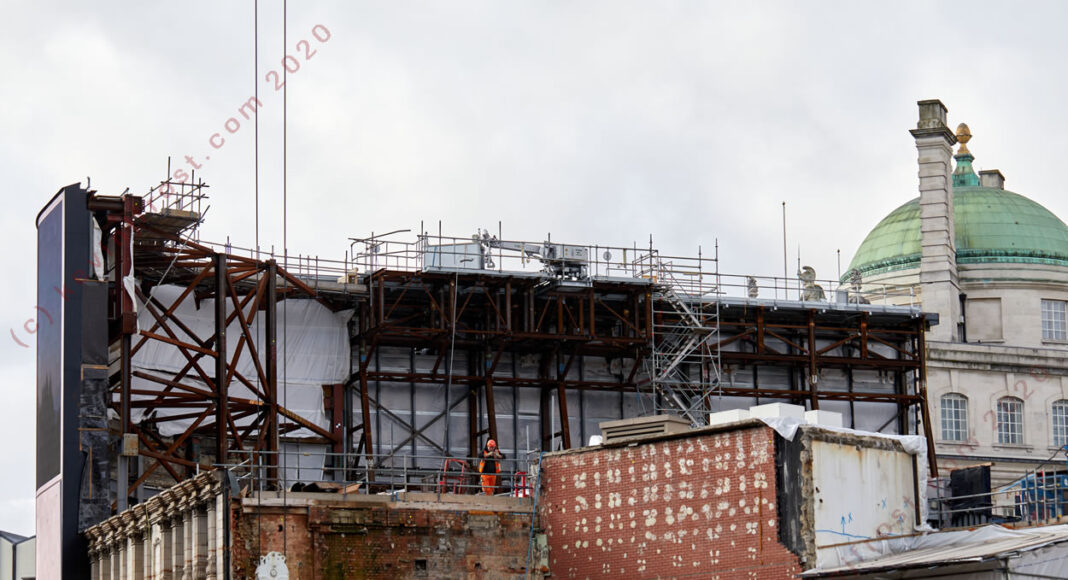 Image of the redevelopment and construction work that is going on behind the iconic billboard lights of Piccadilly Circus. The spaces behind the iconic illuminated signs are being converted into a new landmark building which will include a huge rooftop extension. It is the first time since the 1950s that the area within the busy West End island site will be occupied by offices and workspace in a project known as One Sherwood Street. A new eight-storey building, designed by architects Fletcher Priest, will be built around some existing building facades which are being retained.